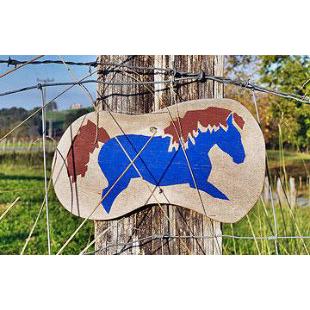 A walking trail marked with a blue 'pottoka' - a breed of pony native to the Basque Pyrennees - links the four villages in the area. The trail leads through fields and forests. It's a gentle easy walk, suitable for families and even novice walkers. The entire loop takes over 12 hours, but the most popular stretch runs from the caves of Urdazubi-Urdax, to Zugarramurdi, to the Caves of Sare. Download brochure in PDF: Walking: The blue pony loop trail ('pottokaren bidea')

Ver Imágenes
Xareta is the land of the Akelarre, or Witches' Sabbat. Legend has it that these Sabbat gatherings took place in the Zugarramurdi caves, the meadows of Urdax and at the foot of Mt Larrun.

Basque mythology is a collection of myths and legends from the people of the Basque Country, or Euskal Herria.

The pagan religion of the Basques
Christianity has dominated the Basque culture over the past millennium, which included witch hunts organized to suppress a pagan religion. Such was the case of the Zugarramurdi witches, six of whom who were burnt to death in an auto-da-fé at Logroño in 1610, and the witch hunt in the French Basque country the year before carried out by Pierre de Lancre, a judge who ordered eighty executions by fire. Euskal Herria has preserved numerous legends that narrate an ancient Basque mythology. Many of these legends are reported in studies by Joxemiel Barandiaran and Julio Caro Baroja.

'Akelarre' and 'witch' are household words in Xareta, and even more so in Zugarramurdi.
In Xareta there are a number of places that were alleged venues for witches' sabbats, or akelarres, the ancient Basque rituals that were put on trial for devil worship by the Inquisition. A little over 400 years ago this area saw the largest, longest and last witch hunt in the history of the Spanish Inquisition.

The Cave of the Witches of Zugarramurdi is the impressive karst tunnel where legend meets nature. Legend has it that the Akelarre -- from the Basque word for meadow (larre) and male goat (aker) -- was a ritual festival held in honour of the forces of nature. The Inquisition saw these events as devil worship.

The Museum of Witchcraft takes a modern-day look at the question of witchcraft, breaking away from stereotypes and delving into 17th-century Basque society, myths and legends.

Mari, the female deity
The pre-Christian religion apparently revolved around a central female figure: Mari. Her husband, Maju or Sugar, was also an important figure. The chthonic (subterranean) couple seemed to have supreme ethical power as well as the power to create and destroy. It was said that when they met in the caves in the sacred mountains they engendered storms. They would meet on Friday nights, the day of the akelarre.

The valley of Xareta spans four municipalities located on either side of the border : Zugarramurdi and Urdax in Navarra, Spain, and Sare and Ainhoa in the Lapurdi region of France. The boundary has been blurred by mountains, verdant pastures, rivers and 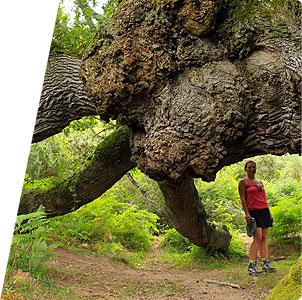 Many of the people living in the four towns in Xareta are linked by historical family ties. For this reason, the Franco-Spanish border posts were not taken into account when the secondary road network was designed. 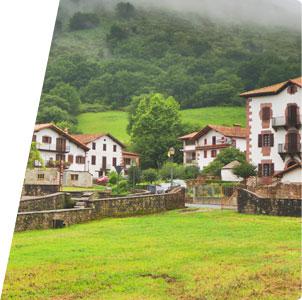